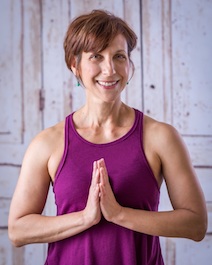 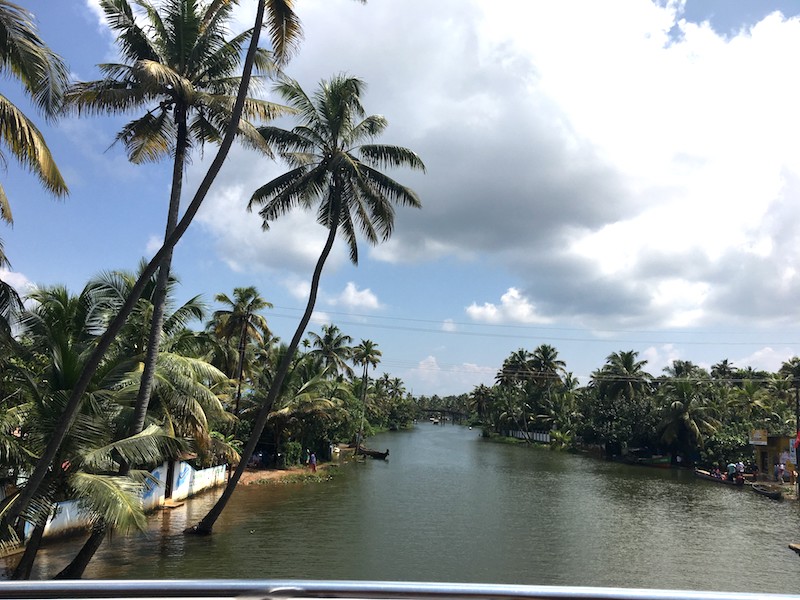 I use the word “process” a lot lately.  I use it as both a noun and a verb.  I talk a lot, especially in my Yoga classes, about “the process” or “it’s a process” to communicate that most things are not an “endpoint” but a series of steps.  These “steps” could be anything—thoughts, discussions, activities, practices, interactions, conflicts, journeys, moments—anything.  Basically, all that life is made of.  For many things, there is no end point at all.

I’ve been to India before, with Jogi Bhagat, of Yoga Solutions, as I did this time.  Each time I had a wonderful group of travel companions. 3 years ago, I traveled to Northern India, and absolutely fell in love with it, and learned so very much, even though it was a challenging journey.   2 days after I returned, I had enough clarity, apparently to write this blog about what I learned.

All of these learnings hold up—but there seems to be so much more from this trip, something a little harder to wrap my arms around, something more internal. And it’s just too much for me to try to summarize right now (or potentially ever) I think I’ll just share 3 thoughts and continue to integrate and process over the next week, months and years.  Here we go…

1. Life can be delicious when you stop to savor it.  I spent one glorious afternoon at the Darjeeling Café, in the laid back beach town of Varkala, learning how to make several of my favorite India dishes from the owner, Vinod Viswa and his amazing staff.  This class was a feast for all of the senses—from the colorful and aromatic spices, to the heat of the skillet, the gorgeous fresh vegetables, the sound of chatting and laughter and the feeling of combining various ingredients into something truly amazing.  It was easy to be present and feel totally nourished by the experience. And just listen to what Vinod says is the secret to Indian cooking. The class was an obvious example of the deliciousness of life, but there were so many more—slowing down to watch the ocean, lingering over conversations, the mountain views through the bus windows.  Kerala was truly a feast for all of the senses. 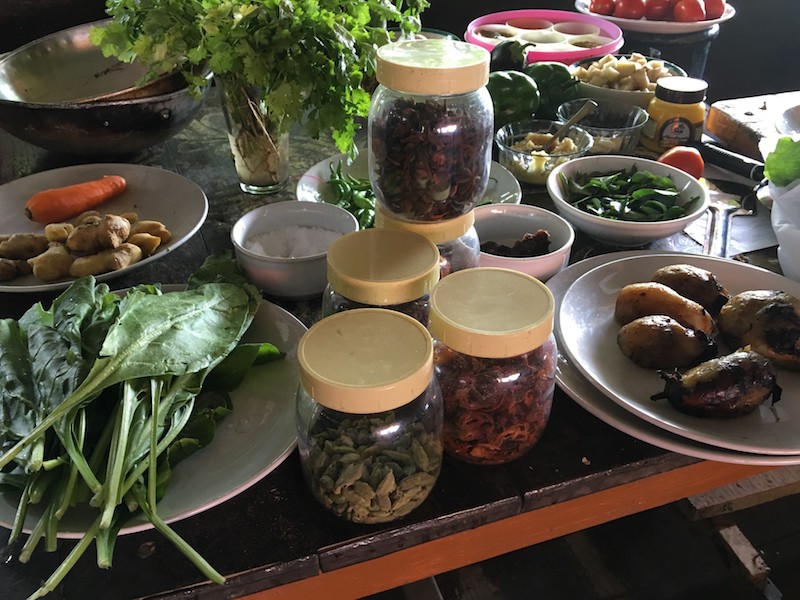 2. Silence is magical, and is always within us.  One evening I took a walk with some of my travel companions. We decided to walk in silence.  As we headed to the beach we walked past a long row of shops and restaurants, listening to the cacophony of the animated and persuasive invitations to come in and shop or eat.  I had walked past the shops many times in the previous days, yet this was very different.

We sat in silence and I felt the power of the ocean, the air, the sand, the moon, the palm trees, and felt completely connected.  It felt surreal, but it was real.  And I am going to allow more access to that connection by seeking silence and letting go of “doing” whenever I can.

3. Honest, authentic communication can also be magical.  There are 3 “conversations” from the trip that will stay with me forever.  One evening, as the sun set, my group sat together on a balcony and had a little discussion.  The topic—“’what do you consider your life’s purpose?”.  Pretty different than the typical discussions I have about how someone’s work or family or doing, or what Netflix series someone is obsessed with.

It was a really vulnerable sharing and amazing to listen to the different ways we can think about that—it’s about the most important thing we can talk about or think about it, but almost never talked about.  Another afternoon, Pragya Bhagat, Jogi’s daughter, a wonderful writer, shared some of her poetry with us.  She read her own honest, raw, beautiful words to us in a clear, confident, emotional and lively voice.

It was another moment of vulnerability and intimacy—again, a rare gem of a moment.  The last conversation was more a transmitting of information, Nikhil Gulati, Pragya’s husband, a tech guy turned historian, shared with our group some of his research on the history of India—a work of epic proportions.  Nikhil put enough structure on the topic to give us a true flavor of the land we were visiting and you could feel his passion for the work.  It was complex fascinating and really helpful for putting this vast land into some perspective.  There was magic in each of these interactions, and I will seek out more opportunity for this type of fortifying discourse.

There is so much more.  The time at Amrita Ashram which was a completely different experience than I expected, and challenged me on every level.  My fellow travelers, some strangers at the outset, who supported each other, met challenges with a laugh, shared motion-sickness tablets when I felt sick on the bus—I miss our group. A beautiful memorial service on the beach that brought me to tears.  Kali dancers that made me laugh, cry, and sent shivers of excitement up and down my spine.

A bumpy and exciting jeep ride into the clouds and tea plantations.  The clean, clear air in the mountains that I think about and can still feel the freshness of it all.  The stark differences between my last trip to northern India and its frenetic and crowded cities, and southern India with its striking natural beauty.

The synagogue that still operates even though only a handful of Jews remain in the town.  The boat rides in the backwaters of Alleppey that offered a different pace and view of the world, so unique and stunning that one of my travelling companions felt inspired to write this poem.And, our tireless, tenacious and self-less guide, Jogi, who takes compassionate leadership to a whole new level and he guided into our ever-evolving adventures. I was amazed and inspired by him every day. Yes, there’s so much more. I’ll continue to allow the experience to move through me, trying to be patient and enjoy the journey.  I will continue to share as concepts move in and out of clarity and will always be so grateful for the opportunity to visit another land and shift my perspective.

Lisa Feder, founder of Being Well Yoga, loves teaching Yoga and Mindfulness anywhere—studios, offices, and the rainforest! Her company, Being Well Yoga, brings Yoga on-site to the workplace so employees can work well and be well

This site uses Akismet to reduce spam. Learn how your comment data is processed.

© 2019 Being Well Yoga. All Rights Reserved.
Made with